I never pitch products in my training programs or keynotes. It’s a rule I’ve lived by for decades because I believe that advanced skills are product neutral. It’s up to each advisor to decide what’s best for the client.

But there is a confluence of forces right now that is causing me to bend that rule a bit.

If you’ve never done one before, it’s time to take a hard look at them.  And if you already have been using them…you might want to double your efforts for the rest of the year.

Why is now the right time?

Have you seen these markets lately?  What further proof do you need that a significant portion of retirement savings should be in something guaranteed? If today’s volatility doesn’t make you think twice, then you simply do not understand retirement reality. And despite all the shakes we’ve had so far this year, it’s possible that we’ve only seen the start of the economic storm.

Look, I’m far from a “gloom and doomer,” but there are too many indicators of trouble to ignore any longer. Retail investors are vulnerable to what happens in the markets, but we have virtually no control.  The massive movements that take place every day are being driven by forces we can’t even identify let alone understand. It sometimes feels that we are the forgotten flotsam on a churning ocean of uncertainty. We have no choice but to hang on and ride out the stormy sea.

I also believe the so-called “professionals” are equally unnerved by these bizarre and extreme swings. Having been a senior executive at a mutual fund family for a decade I know these folks have no choice except to keep hawking their portfolios and try to ride the waves as best they can or else they go out of business. Even when they see trouble, they have to stick to their discipline or they undermine people’s confidence in their management ability. It’s like the quarterback who sees the blitzing linebacker but has to stand in the pocket and take a vicious hit. Except they’re doing it with your client’s money!

The truth is that no one is in control of the markets anymore. Not the pros, certainly not the individual investor. And if you want to say the hedge funds are running things, now you’re really scaring me. Allowing for a few exceptions, this is a group that holds huge short positions in morality and ethics.

An annuity puts a portion of your client’s money into the hands of very large, very solvent and historically conservative companies who are much more tightly controlled than any bank. There may be no better way to stabilize a piece of the client’s retirement income. Take some risk off the table while you still have time! 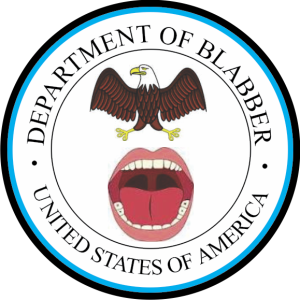 “But what about the new DOL Rule?”

We’ve all heard that the Department of Labor is pushing a new rule that will affect how annuities are sold in retirement plans. But a couple of things about that.

First, this rule only affects with qualified plans. It doesn’t deal with annuities for assets outside of IRAs or other retirement plans…which is one of the biggest uses of the program.

Second, the rule has no impact on the innate value of annuities in the client’s portfolio. It only changes the way we will be able to provide advice and get paid.  It still has several unresolved gaps and exemptions at this point but most experts believe we will be able to survive it without too much headache.

Every insurance company and broker/dealer is working on plans to operate effectively in this new environment. So any pain you might feel will be short-lived. But the peace-of-mind you’ve given the client will last forever.

Please do not fail to recommend annuities this year simply because next year’s compensation structure is in doubt. Do it because it’s the right thing for the client. I promise you we will figure this out!

Third, nothing will happen until 2017.   Even if the rule went into effect tomorrow…you won’t have to change anything this year. And there’s a probability the whole ballgame may change after November anyway. The Presidential candidates seem to all have opinions about our industry so no one knows with any certainty what rules will affect our profession going forward.

The unique pain of taxes in a down year

Many clients will be paying taxes this year on non-qualified mutual funds that declared capital gains last year. But imagine about how angry it will make them to write a check to the IRS after they’ve lost 15% to start this year!  That tax bill is going to be a brutal one-two punch that leaves them reeling in frustration.

By placing the client’s tax-inefficient assets into an annuity you can mitigate, defer or eliminate this pain.  This “tax-alpha” can add up to a nice chunk of change and it shows the client that you’re thinking creatively on their behalf.

“Annuities are too complicated and expensive.”

No they’re not!  This is a tired old song that doesn’t play anymore.  Sure they might have riders with a bit of insurance language that can befuddle some people. But that’s why they need you.

Sit down with a great annuity wholesaler and in a half-hour they can teach you nearly everything you need to know about this product to position it effectively. You have to raise your game to be effective here, but annuities are not rocket science. They’re common sense and a little innovation that solves some major life problems.

And as for expenses, the benefits of an annuity are extraordinary and cannot be duplicated by you or the client at the same cost.

Even if you had the expertise, you could never create a plan with the same protections and guarantees. That’s called “strength in numbers” and it’s only available from an insurance company.

“The investment choices are too limited!”

Wrong again Poindexter! Modern annuities have as many or even more options than some of the most robust investment platforms in the industry. Then there’s a whole new category of “investment-only variable annuities” that are essentially managed money with tax deferral!

You have the freedom to do whatever you think best for the client. And the costs of these programs are shockingly low. I’m telling you it’s a new world out here. You need to get up to speed!

Millions of investors are worried right now and with good reason. This is not a stock market prediction…it’s an emotional awareness of the client’s needs. While I may be personally certain that we are not collapsing into some extended depression, I would still want to protect my clients from fear and stress.

An annuity in some form can provide invaluable guarantees and income stability in their portfolio.

“The best time to plant a tree was 20 years ago. The second best time is now!”

Talk with your clients about an annuity today. Stop staring at the screen, worrying about DOL and get moving.  Rise above the noise and confusion and grab some annuity protection. Securing even a small piece of the portfolio is better than sitting around fully exposed to danger and anxiety.

Folks are scared and they need you more than ever. Be brave! Leap into that stormy sea and save some lives. You will be well rewarded for your courage!

Letter from an Advisor to a Wholesaler

Letter from an Advisor to a Wholesaler

Staying Positive in a Negative World

The Year of the Annuity